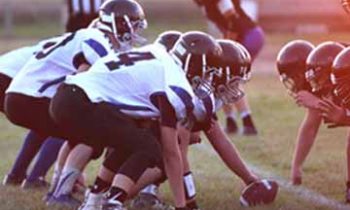 A successful late-game defensive stand was followed by a 24-yard punt return, giving the Wildcats the football at the home team’s 10-yard line at Granada last Thursday evening, September 1.

A couple of plays later, senior running back Kurt Obermoller capped his return to the high school gridiron with a six-yard touchdown burst and Heron Lake-Okabena surged to a 26-20 lead on the combination of Truman and Granada-Huntley-East Chain.

Junior quarterback Ethan Becker crossed the goal line with the two-point conversion run and time ran out on the host Jaguars as the Wildcats left the field with a season-opening 28-20 victory.

“This was a huge win for our program,” summed up HL-O fourth-year head coach Jared Bourquin. “This is the first time in several years that the team has started out the season with a win. We preached to the kids, that they must build on drives and win each quarter. The kids were able to keep a level head and stayed focused throughout the game.”

To read the rest of this article – pick up a copy of this weeks Tri County News or subscribe to our e-edition here.