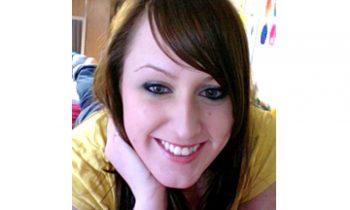 Chelsea Elizabeth-Anne Stahlke passed away suddenly while in Breckenridge, CO. She truly became our angel on August 24, 2016, after a long battle with an eating disorder. Chelsea was a strong advocate for the eating disorder community, and along with being an organ donor, she has helped countless lives while finding her way through this world.

Chelsea’s compassion for others was incredible. She made a difference in the lives she touched, even those she’d just met. With her inviting smile, Chelsea was quick to introduce herself and share a hug; always open and honest about her own life, successes and faults. Her ability to listen deeply and love fully will be greatly missed.

Born To Faye and Nick Stahlke in Coeur d’ Alene, Idaho, on October 15, 1990, Chelsea lived most of her life in Madison, WI. Taking the same educational path as her older brothers, she graduated from Madison West High and went to college at the University of Wisconsin – Whitewater. She poured her energy into a passion for writing, singing, and drawing.

Chelsea is survived by her loving parents, Faye and Nick; two brothers, Isaac and Ryan; and their wives, Amanda and Denali. She also leaves behind her two grandparents, Russ and Joyce Stahlke; her boyfriend, Michael Meloy; aunts, uncles, and a crap-load of cousins.

She was preceded in death by her grandparents, Paul and Mary ‘Louise’ Thiner.

In lieu of flowers, and on behalf of Chelsea, become an organ donor, give blood, and/or join our walking team “Angel On Deck” at the Madison, WI NEDA Walk on Sunday, October 9th. The NEDA walk information can be found at: http://nedawalk.org/madison2016