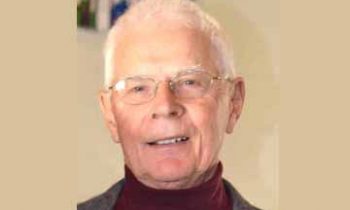 Paul William Pohlman was born on October 16, 1938, in Mountain Lake, Minnesota to the late Albert and Orpha (Swenson) Pohlman and lived with his family in rural Heron Lake. He graduated from Heron Lake High School in the Class of 1956. In November of 1961, Paul enlisted in the United States Army, serving in Germany during this time until August of 1964. He was then honorably discharged and returned to home in Heron Lake to farm.

On March 17, 1978, Paul was united in marriage to Barbara M. Whiteford at the Evangelical Lutheran Church in Heron Lake. This marriage was blessed with three children, Amy, Ryan and Julie. After their marriage, Paul and Barb continued farming in rural Heron Lake where Paul enjoyed outdoor life and farming and derived great pleasure from his work on the farm.

Recently, Paul’s health began to decline and he was hospitalized in Sioux Falls and became a resident of the Dougherty Hospice House in Sioux Falls. He passed away there on Wednesday morning, August 31st, 2016, at the age of 77 years.

Paul is survived by his wife of thirty-eight years, Barbara Pohlman of rural Heron Lake; three children, Amy (Nate) Hansen and their children, Matthias and Estella of Temple, TX; Ryan (Sarah) Pohlman and their children, Josie and Lillie of Lakefield; Julie (Jeff) Kelly and their children, Liam and Nolan of Park Rapids; one sister, Janice (Bob) Palmer of Belle Plaine; and mother-in-law, Betty Whiteford of Windom.

Paul is preceded in death by his parents and father-in-law, Donald Whiteford.

A Celebration of Life service was held on Saturday, September 3, 2016, at the Evangelical Lutheran Church, Heron Lake, MN, with Pastor Andrew Schenstad officiating.

Blessed be the memory of Paul Pohlman.